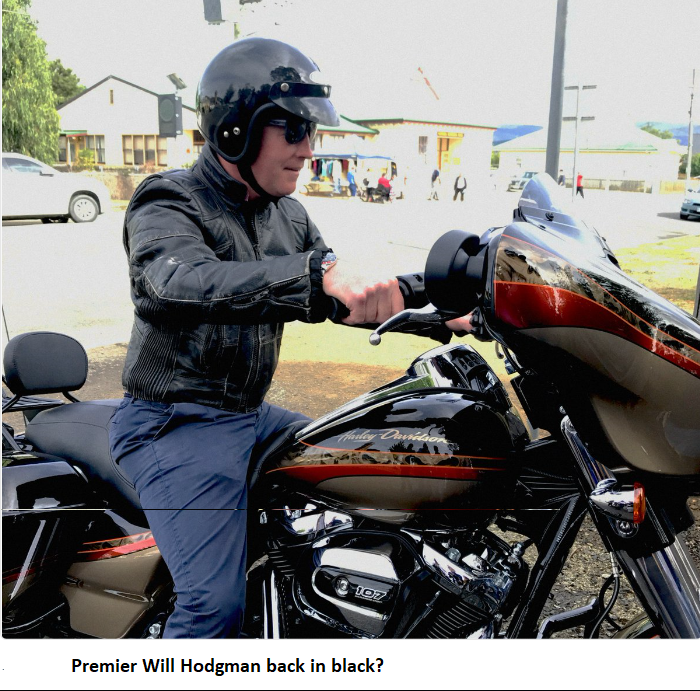 
However, reality has a different perspective.

The government’s surplus measure is a profit figure. It excludes spending on infrastructure buildings and other capital amounts so it can be misleading.


On the other hand, the Australian government’s deficit/surplus is a cash figure. Cash in less cash out equals the deficit (or surplus). If the State government reported like this its deficits for this year and the next will total $500 million. Even though the government’s profit figure shows it to be in surplus it will be spending $500 million more than it will be receiving.


This is contrary to what 99 per cent of electors believe, that the government’s ‘surpluses’ have built up a cash buffer which now allows all parties to promise the world.


There is no cash buffer. Certainly, in two years’ time there will be almost as much hay missing from the barn as there was when the Libs took over in 2014.


Just a refresher on ‘hay in the barn’. The government at any time has funds in various accounts intended for specific purposes. For instance, grants received from the Australian Government. At one stage in 2013 there was $500 million in this category. Another large account is the Risk Management Account. The government is a self-insurer so instead of paying premiums to insurance companies it pays into its own account to meet future contingencies. There is supposed to be about $240 million in this account. And there are many other accounts with smaller balances. All these accounts comprise the hay in the barn.


The general government (this excludes government businesses) hasn’t any external borrowings. Instead when it is short of funds it borrows internally. It uses the hay in the barn, hoping of course to replenish the barn before it becomes time to spend an amount on its intended purpose. In other words, robbing Peter to pay Paul hoping that money will be found in time to repay Peter.


In two years’ time the hay left in the barn will actually be less than the low point of the previous government. That’s after taking into account the special dividends of $40 million yearly from TT Line and $100 million from MAIB in 2014/15.


The barn will be so empty there won’t be enough to fully back the State’s Risk Management Account expected to be $250 million in two years’ time. In other words, over the next two years the government will start raiding the money set aside for insurance.


But we’re net debt free claim the government. Another half-truth. One reason for that is successive governments pay superannuation for defined benefit members only when they retire. Governments don’t bother to set aside 9.25 per cent for them as they do for other employees. Special rules apply to government defined benefit plans. Over the past 23 years this has reduced cash outlays by $1.2 billion. The unfunded super liability is of course higher as a result. But these long-term liabilities aren’t included in the net debt calculation. Only borrowings. How convenient.


Keen observers noted that the Libs health policy was a six-year offering with the more significant increases in later years. This is implicit acknowledgment of the cash flow problems in the next 2 years, as the government hopefully manages to find enough funds to replenish the RHH rebuilding fund which was raided a few years ago.


The Labor party has waded in with promises to front load health expenditure, perhaps not quite understanding the actual cash position of the government. They seemed to have swallowed the government line that we’re back in surplus and everything is OK.


Then again, the government is keen to front load Tas Water capex spending by proceeding with its takeover plans. The takeover is not yet at the stage where it is included in budget forward estimates. Front loading Tas Water spending face similar challenges to front loading health spending. Yet no one has bothered to address how it will be done.


Over the past ten years no government has spent what it budgeted on infrastructure. Only 78 per cent of budgeted amounts have been spent. The spending shortfall totals $1.067 billion, an average of $106 million per year. The current government is no different to past ones. If there’s a need to preserve cash, all governments have readily taken the axe to infrastructure spending. When one defers or cancels $100 million of infrastructure spending every year, the effects will start to show after ten years. As our political aspirants are now hearing out on the campaign trail.


Hence whilst the government is generating paper surpluses, in cash terms we are no better off than four years ago. Also, our much lauded net debt free status is an accounting illusion.


We will never make any progress unless there’s a heightened understanding of the fundamental difference between profits and cash flow. No one cares if the State government makes a profit. They only wish to know if there’s a cash surplus or deficit? If the latter, what is the money spent on?  Operating expenses or capital works? And how is it funded? Using the hay in the barn? Or from borrowings? The government is a service deliverer. Cash in and cash out. Profits aren’t important.


State governments use profit as the prime measure of sustainability. Because the Liberals have managed to achieve a paper profit which they misleadingly call a surplus everyone thinks the budget is fixed which makes reform of the system even harder. The underlying cash flow problems of the government still exist. The sooner we understand the sooner we might be able to move forward.